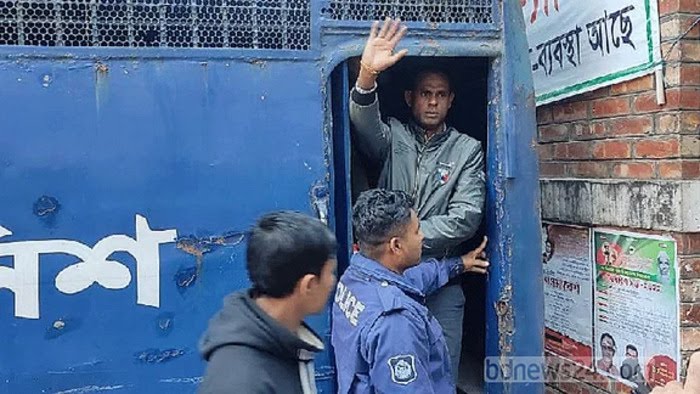 The announcement was made on Tuesday (January 3) at noon by the judge Abul Kashem of Cyber Tribunal Sylhet Court. Mustafa Dilwar Al Azhar, the Cyber Tribunal Sylhet PP (Acting), confirmed the news to Sylhetview. Rakesh, who was on bail, was present in the court when the verdict was announced and was immediately sent to jail.

The incident had occurred in June 2017, when a Facebook screenshot of Rakesh Roy, son of deceased Suresh Roy and leader of Hindu Mahazot, of Keraiya village in Jokiganj district, went viral. It supposedly contained taunts about the holy religion of Islam and Prophet Muhammad. This prompted Maulana Fuzael Ahmed to file a case against Rakesh Roy under the Information Technology Act. Later, when Fuzael Ahmad went abroad, his father Maulana Abdul Mukit handled the case.

The news of the court sentencing Rakesh Roy created a wave of satisfaction among the Muslim community in Sylhet. Maulana Abdul Mukit, father of Maulana Fuzael Ahmed, the plaintiff in the case against Rakesh, expressed his satisfaction with the verdict.

However, activists in Bangladesh have raised concerns about the incident. They have pointed out that it’s a way for people to victimize Bangladeshi Hindus in the name of blasphemy. They have called for laws that protect religious minorities from such persecution and for a more balanced approach to justice.