Atrocities on the Minorities of Bangladesh: A Report 2015 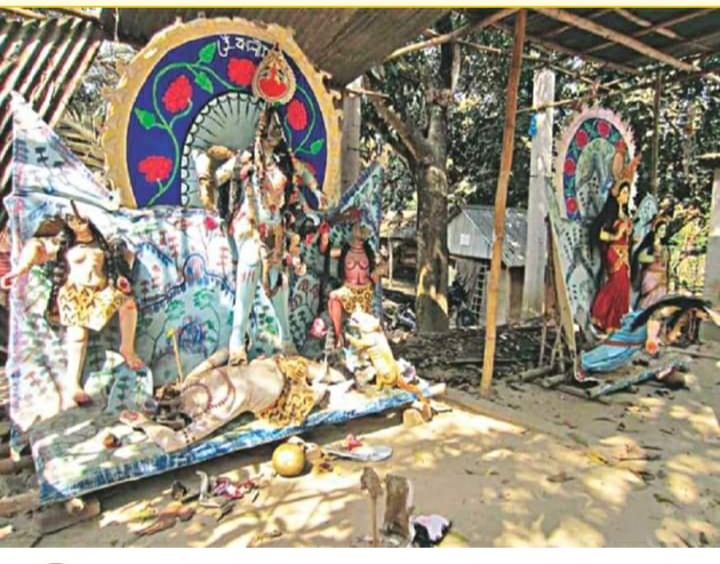 Atrocities on the Minorities of Bangladesh: A Report 2015

The year 2015 saw 262 incidents of violations of human rights concerning the religious minorities in Bangladesh. In numerous incidents, at least 1,562 individuals were affected – of which 24 individuals died, 256 were injured, and 239 were abducted. There were 25 women who were the victims of rape, of them 10 became pregnant and 2 were killed. One individual also became the victim of an acid throwing incident. There were 209 incidents of usurped land properties, businesses and temples. About 60 families had their properties snatched from them. Furthermore, 180 idols were broken and many temples were destroyed by the fundamentalist forces. There were 57 cases of forced conversions.

These facts are based on the reports published by fourteen daily newspapers and cases documented at various police stations which clearly demonstrate the oppression and tyranny faced by the minority communities of Bangladesh. There are also reports that the establishment did not provide any support to the affected victims.

January 2015 was particularly a singularly brutal month for the minorities of Bangladesh. There were incidents of 54 idols being destroyed. In Jessore, due to the political pressure from a local businessman, 31 minority families were forced to leave the country. There are also reports that 50 additional families are thinking of leaving the country.

It appears that as the election season arrives in Bangladesh, oppression and torture of the minority communities increases.

January 5th, 2015 was the first anniversary of the elected Awami League government. The opposition BNP had already started an agitation against the ruling party. From January 5th, BNP and its allies started a continuous strike nationwide. During these strikes, Bangladesh saw acts of huge destruction, mostly caused for the first time by petrol bombs. Similarly, if we look back at January 2104, soon after the general elections, there was an onslaught of havoc and tyranny on the minority population of the sub divisions of Chapatala and Malopara in Jessore. Election related violence against the minority population was also witnessed in Dinajpur, Sitakund, Bogura, Magura, Satkhira and Sunamganj. It is apparent that the fundamentalist forces used the minority community to vent their anger of the election results.

Forceful occupation of land and property of minorities is rampant in Bangladesh. Women are particularly targeted. Behind the curtain of rape and abduction lies the motive of snatching of property. The leaders of both Awami League, BNP and their allies are involved in these kind of activities. One such major incident happened on March 13, 2015 – in the village of Chandantala, in Barguna district. Fourteen 14 Hindu families were facing relentless pressure to vacate 40 acres of land to the local leaders of Awami League and BNP. There were daily reports of Hindu female students being harassed on their way to school. Some reports also suggest that these young school girls and housewives were forced to go and meet local political leaders. Due to social stigma, these victims remained silent. Such continuous harassment of females is not only derogatory to them, it also brings with it disrespect to the individual’s parents, relatives and their community. Faced with such a grim scenario, one family was forced to leave the country.