20 Hindu families blocked access outside of home in Barisal 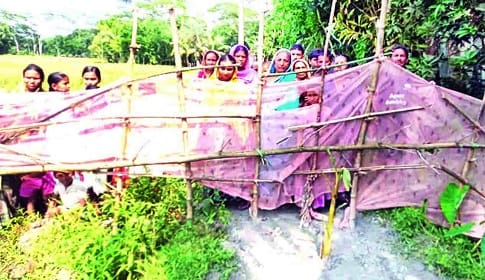 20 Hindu families blocked access outside of home in Barisal

According to local sources, a few days ago, Anisur Rahman and Yar Hossain brought their men and erected a fence with bamboo and poles on the only road for the affected Hindu families. Local victims Rajib Das, Shankar Das, Bankim Chandra, Sanjeev Das and Samir Das said that they have been living like this for a long time because of the anger of the local influential people. It is learned that local influential of the area Anisur Rahman and Yar Hossain recently claimed ownership of the road.