Why are we forgetting Lakingme? 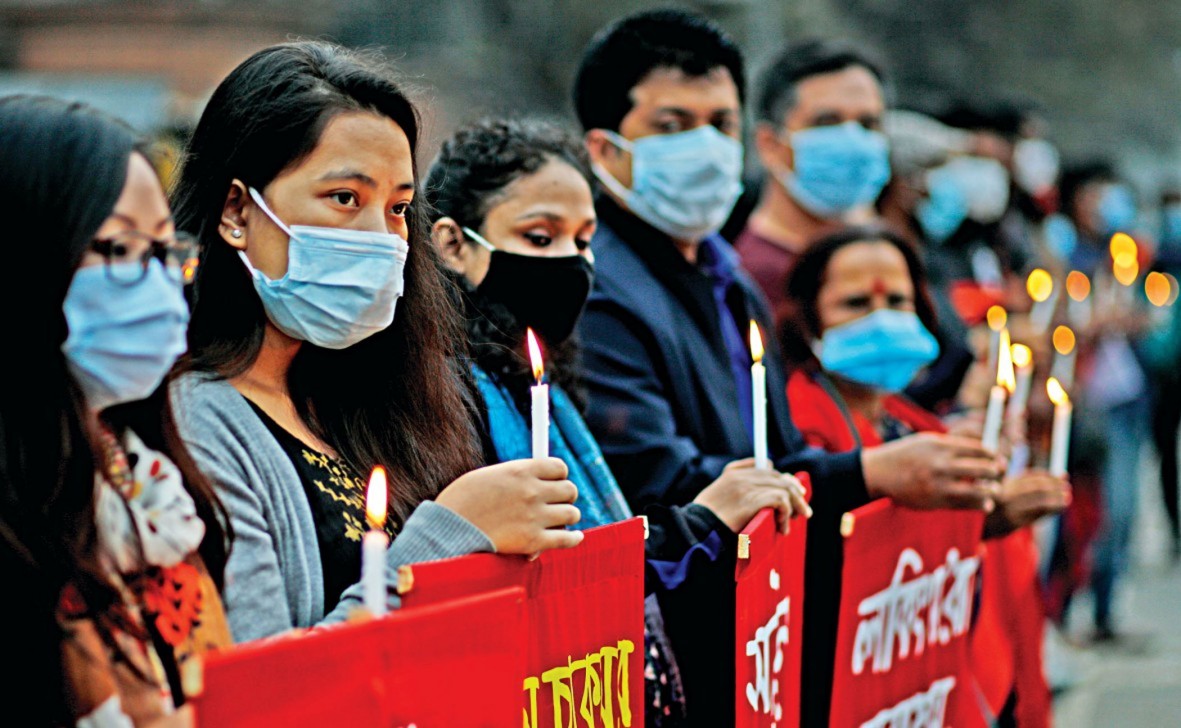 Why are we forgetting Lakingme?

Bangladesh is experiencing an epidemic of violence against women and girls. Access to justice has long been a challenge in Bangladesh, particularly for this type of violence. On many occasions these cases were dismissed as unsolvable and were simply ignored. The Lakingme Chakma case is no different from these other examples of violence against women and girls. We are also forgetting this case like the previous cases without taking further action to bring justice for her. Lakingme case has been also ignored, mostly because she is from an indigenous marginalised group. Indigenous women and girls are one of the most disadvantaged and vulnerable segments of the country’s population. They are typically deprived of basic human rights, including lack of access to education at all levels and types, healthcare, economic and political participation and control over material and immaterial resources.

Indigenous women in Bangladesh often face triple discrimination due to their status as members of a religious minority, indigeneity or ethnicity and for their gendered position. Unfortunately, Lakingme has always had to live with this extreme level of discrimination. We have yet to see justice being served in the case of the Kalpona Chakma abduction (1996), Kritika Tripura’s killing (2018), along with hundreds of assorted cases of rape and other violent actions that have happened against indigenous women and girls in Bangladesh over the years. Regrettably, such violence is also increasing every year. Indigenous peoples in Bangladesh account for less than two percent of the country’s population, but experience a higher rate of violence against women and girls, according to the Kapaeeng Foundation.

However, most people have known of the case of Lakingme Chakma’s tragedy from December 9, 2020, when she was found dead. At the time, the body was kept in Cox’s Bazar’s hospital morgue awaiting a decision as to whom the dead body would be handed over. This issue took 25 days to resolve. Finally, the court decided that Lakingme was under 18 (legally still a child) and her dead body was handed over to her parents on January 4.

Lakingme’s parents finally got their daughter’s dead body. But it was completely unjust and inhumane that the state machinery, the administration and everyone else concerned could not have been more responsive to her abduction on January 5, 2020, in spite of Lakingme’s parents demanding her return from the beginning. It is impossible to know what kind of torture she had endured after the abduction—torture that lasted almost one year and resulted in her death. Such a heinous crime demands a fair and thorough investigation.

We have learned that after his daughter’s abduction, Lakingme’s father, Lala Aung Chakma, went to the nearby Teknaf Police Station to file a case, but the former Officer in Charge (OC), Pradeep Kumar Das, didn’t record the case of his daughter’s abduction. Instead, the OC suggested that the father file a general diary (GD). In either case, the police took no action. As the police did not take any action, Lakingme’s father subsequently filed a case with Cox’s Bazar Women and Children Repression Prevention Tribunal on January 27. There is evidence that the Police Bureau of Investigation (PBI) did not investigate the case thoroughly enough. Lakingme’s family and the indigenous society, in general, again learned how careless the state administration’s response was when investigating the abduction of an indigenous girl!

If the administration and OC Pradeep Kumar Das had recorded the case at that time and the PBI had taken the case seriously, the girl could have been rescued in time.

Lakingme was a seventh-grader. She was 14 years and 10 months old on January 5, 2020, when she was abducted from her Shilkhali Chakma Para home in Cox’s Bazar. It has been alleged that the abductors were led by a non-indigenous man, Ataullah (23) of Cox’s Bazar. Allegedly, she was later forcibly converted and married to Ataullah at a registrar’s office after presenting a forged birth certificate showing her to be 18-years-old. Lakingme had just given birth to a baby girl 13 days before she died.

It has now been ruled by the court that Lakingme was a child and her father claimed that his daughter had been abducted. If she was a minor, according to our national laws, those who had abducted her and forcibly converted her have committed a serious crime. It has also been claimed by her family that Lakingme was not only forcibly abducted and converted, but that she was raped and was either murdered or forced to commit suicide to escape from her horrible situation. Lakingme’s family must get justice and the accused must be held accountable for their actions. After this story went viral on social media and various news channels, we were all able to see pictures of the victim as well as the tears of the victim’s parents. Not surprisingly, we saw little of the faces of the alleged abductors and their family members. Moreover, to date, no-one has been held to account for the atrocities committed against Lakingme. We would not have been able to build a strong movement to get justice for her except for the actions taken by a few human rights, women and indigenous organisations. Unfortunately, we have been unable to engage mainstream organisations and their members and to add their voices to this case. We have had this difficulty because Lakingme is from an indigenous group, is not a member of a mainstream religious community and is a poor girl from a remote area near Cox’s Bazar. She was a human being and deserved the right to live! If this could be done to her, what progress in the area of human rights are we seeing in Bangladesh, even after 50 years of independence?

The existing environment continues to foster violence against indigenous women and girls because the perpetrators of violence against Lakingme believe they are above the law and will not be punished. There are five crimes related to this case: abduction, forced conversion, child marriage, rape, and suicide instigation/murder. Moreover, Lakingme’s family and the indigenous communities continue feeling insecure in Cox’s Bazar after this incident. It is disrespectful, both to the women of Cox’s Bazar and to the ideals of human rights in general, for the state to fail taking any effective action against these crimes.

We have come to expect improvement in women’s rights because the government of Bangladesh ratified international treaties like the Convention on Elimination of All Forms of Discrimination against Women (CEDAW), International Convention on the Elimination of All Forms of Racial Discrimination (ICERD), International Covenant on Civil and Political Rights (ICCPR) and the International Covenant on Economic, Social and Cultural Rights (ICESCR). These mechanisms are supposed to ensure equal rights for men and women to enjoy civil and political rights and free them from discrimination. Moreover, the United Nations Declaration on the Rights of Indigenous Peoples (UNDRIP) has provisions for security and protection of indigenous women, to free themselves from discrimination and to empower them to assert their rights and preserve their culture. In addition, the Women and Children Repression Prevention Act 2000 and section 376 of the Penal Code of Bangladesh provides that: “Whoever commits rape shall be punished with imprisonment for life or with imprisonment of either description for a term which may extend to ten years, and shall also be liable to fine.” Moreover, a Bangladeshi court issued the death penalty for the first time to five convicts in a rape case after the country amended the law to include a death provision, according to official sources.

The Bangladesh government should take immediate action against the perpetrators who were involved in Lakingme Chakma’s abduction and death. The perpetrators must be given exemplary punishment, after an impartial investigation is conducted into her death. There should be a divisional enquiry made into the Police Bureau of Investigation team and Cox’s Bazar Public Prosecutor for the negligent handling of Lakingme’s abduction case. Those involved in forging Lakingme’s birth certificate, her forced conversion and the marriage of a minor, should all be punished. Furthermore, the government should take the initiative to ensure the safety and care of Lakingme’s baby. And also ensure the security of Lakingme’s family and their proper compensation and guarantee that indigenous women and girls in Bangladesh have proper access to justice.