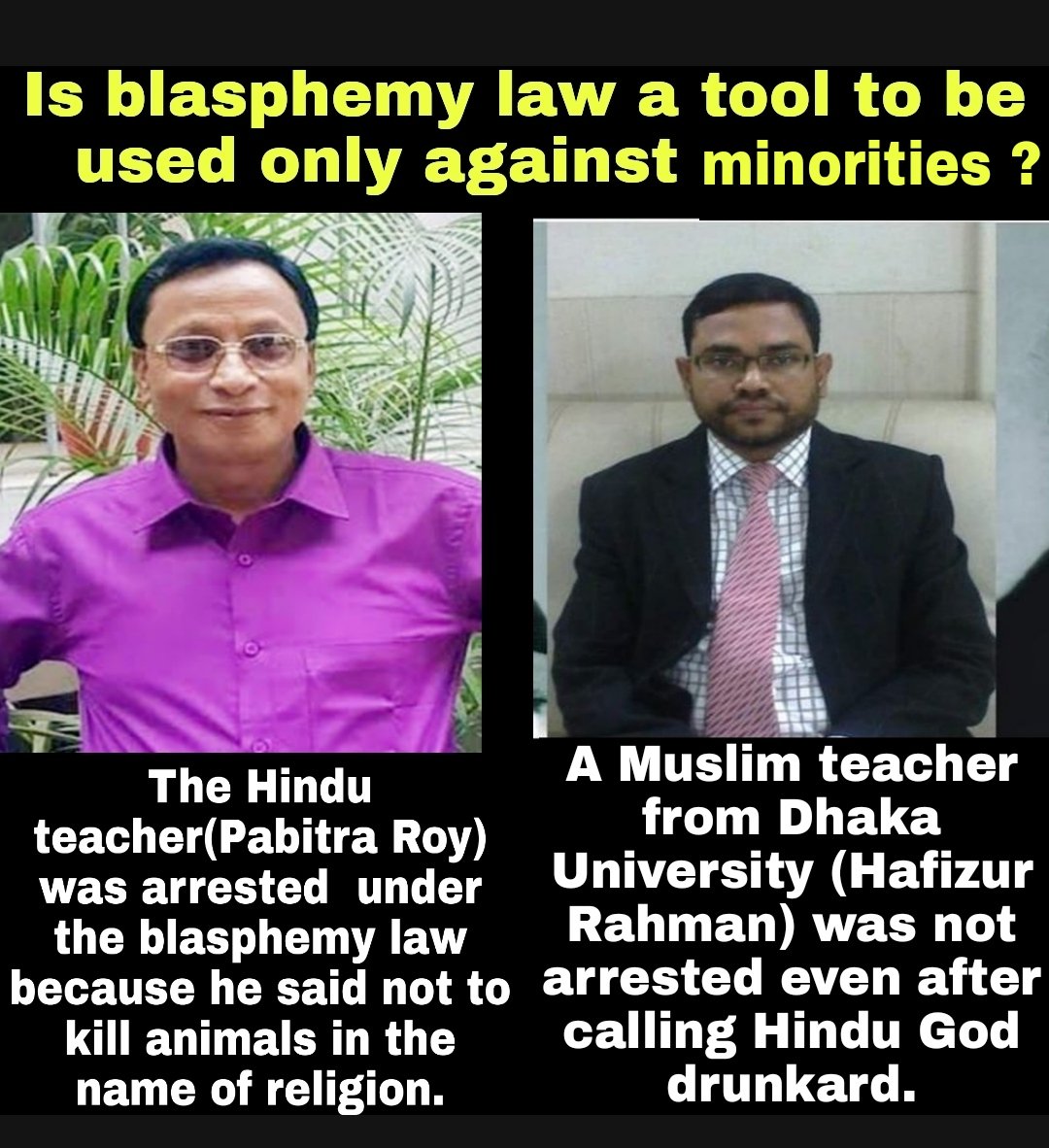 Recently in our neighbourhing Islamic nation Bangladesh, a new governmental regulation named “Blasphemy Law” which is nothing but a subtle double-standard, is highly practiced.

If a Hindu countryman of Bangladesh happens to make a slightest criticism regarding Islam, he will be put behind bars & criminal charges are to be lodged against him and on the other hand, even after speaking inflammatory remarks about Hinduism, a Muslim criminal whose sole purpose is to flare communal tension, won’t be arrested.

This is the very situation of “Freedom of Speech and Expression” in the Islamic State of Bangladesh where Hindus are forced to live their lives at the mercy of Islamic Rule.